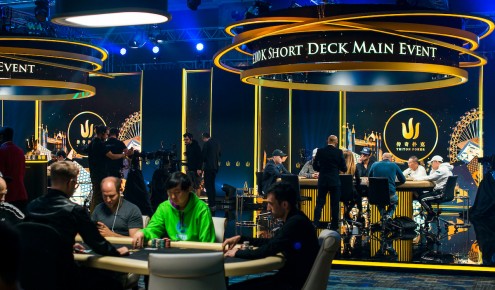 Triton Poker was founded in 2015 by Richard Yong, a popular poker player, entrepreneur and philanthropist. His desire was to offer players a good platform to play on, but also to give back to the world.

Triton Poker brings together pro players along with recreational ones in huge tournaments with high stakes and big prizes, and everything is for a good cause. Their donations go towards people in need or environmental causes.

The legendary Tom durrr Dwan just joined Triton Poker as their brand ambassador. The popular player has earned millions in his career so far, and he’s not stopping here. After he ended his contract with Full Tilt Poker, we mostly seen him in Short-Deck games.

The Triton Poker Series was the first high stakes series to bring Short-Deck Poker to the world, and Tom played in a few events before partnering with them.

Dwan is now the second ambassador of the brand, together with Jason Koon. The latter mentioned that it’s an honor for him to have the company of Dwan as the image of Triton Poker.

The Triton Super High Roller Series 2021 includes ten events with huge buy ins, with the promise that one of them will have the biggest buy-in in the history of poker. We don’t know the exact value yet, but in order to be the biggest ever it has to surpass the Big One for One Drop Extravaganza 2016 that had a buy-in of 1 million euro. The same brand also had multiple events with buy-ins of 1 million dollars, so Triton Poker will have to do better than that.

A memorable moment was when Jason Koon won a pot of 2 million euro off Elton Tsang. This is said to be the biggest pot ever won in TV history. The upcoming event is the Triton Poker Super High Roller in Montenegro, that takes place between the 5th and the 17th of May.

The Main Event has a buy-in of 1 million HKD (110,000 Euro), but there are also various other events with big buy ins and great prizes. You will find games of Texas Holdem, as well as Short Deck Poker and Pot Limit Omaha.

So now you know more info about the Triton Poker Series with huge buy ins. We’re looking forward for their next events to see if they will keep their promise to host the event with the biggest buy-in in the history of poker.