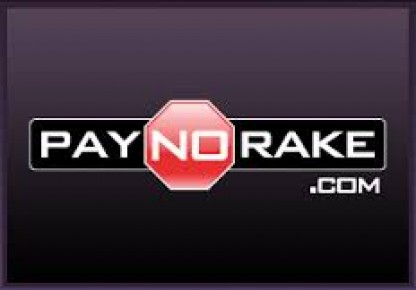 PayNoRake is known as being a fast growing online poker room and is part of the Chico Network, one of the top 20 networks in terms of traffic for cash games, according to traffic data reported by the networks. Actually, Chico’s traffic slightly increased based on the last 6 months trends. Together with other skins such as Tigergaming, BetOnline or SportsBetting, PayNoRake shares a pretty decent player pool, with very soft games. Besides a high number of exclusive promotions offered by Chico Network’s primary brands, US players are also allowed to join the cash tables, increasing the liquidity of the network as well as the fish to regulars ratio.

Online poker market is divided into several rake structures or rakeback systems, in accordance with every poker network’s policy and expansion strategy. In this respect, besides the standard weighted contributed rake method calculation, the idea of distributed rake has already made its path among several poker rooms, in different ways. Thus, at least 3 poker networks use a rake distribution method, to improve the experience of recreational players: iPoker uses Source Based Rake, Ongame uses Essence and Microgaming uses True Value Rake. The idea behind all these rake calculation methods is that, by using different formulas, they create a similar effect: splitting a significant part of the rake generated by winning players to the losing ones.

Despite the different ways of computing rake and creating distributed rake formulas, PayNoRake comes with an unique approach on the market, rewarding players with up to 100% rakeback. How is this possible? The formula used is quite complex, but basically the idea is the following: the more you win, the less rakeback you earn and the less you win, the more rakeback you receive. The break-even point or the point where you receive 100% rakeback is where your winning balance is 0.

As most of you already know, rakeback is one of the most important revenue streams for an online poker professional player. Actually, it is the second best money earning tool after win rate (which is the amount of money gained at the table), which can be maximized by playing against lower-skilled players. Rakeback functions either as an additional revenue for good times, either as a buffer for the bad ones.

To sum up, we can argue that PayNoRake’s rakeback system, that rewards one up to 100% rakeback is key for online grinders who struggle fighting against variance, as it reduces it up to 0. If you are rewarded the most while you are running the worst, this helps you focus only at your game and removes the tension of losing money or running bad. Thus, PayNoRake’s unique cashback formula is probably the best online poker buffer for when things go wrong.

Read more about the perks of playing at PayNoRake.