iPoker moves from Weighted Contributed Rake to Source Based Rake 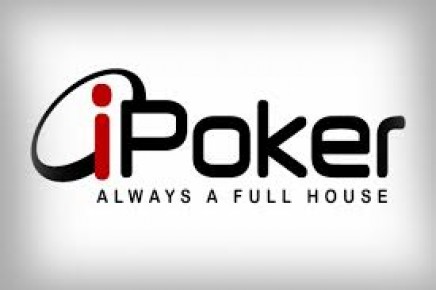 Going back in time, iPoker Network has decided starting with 1st July 2012 to split its poker rooms in two tiers, based on several criteria. The criteria were as follows: at least 6,000 active real money players per month (players generating at least $1 in rake being considered active), at least 850 new real money players per month, as well as certain requirements considering players’ bankroll sizes and the ratio of fish and regulars.

The main reason behind this movement was to create a real competition between poker skins in order to attract new players, especially recreational ones, to increase liquidity and life time value of the players. Despite every skin’s struggle to get into the top tier, the results haven’t been those expected. The quality of the games didn’t increase, nor did the traffic. An interesting fact, for those who remember the shifts, is that iPoker welcomed Everest Poker in late 2012 and Ladbrokes one year later (two very well established brands in the poker industry, with a significant player base) and still has experienced less traffic than before those migrations.

While some argue about a straightforward phenomenon and believe that online poker “is dying”, others think that it  only needed a bit of creativity and innovation in order to find the best strategies that can be in everyone’s advantage, bringing new recreational players at tables and also not leaving online grinders behind. The iPoker board claims that they have found the right solution for the traffic and liquidity issues that appeared in the past, as they have approved a new change at the July Meeting in London: a new distribution of player benefits via Source Based Rake. The New Source Based Rake Formula will replace the old classical Weighted Contributed Rake Formula. The implementation of the new change will be enforced starting with the 1st of February 2015.

The Source Based Rake concept is viewed by iPoker as a revenue sharing agreement of sorts among the skins on the network. The sharing comes into play "on rake and fees generated from money that has been deposited and wagered by players" on various skins, and subsequently "turned into revenue by another player" regardless of the skin to which that player belongs.

Roughly said, for the players this translates in the following way:

According to iPoker, the new change will improve the ecology of the network, bringing more deposits and recreational players while reducing the number of regulars that have flooded the network lately. We will have to watch and notice if and how the changes will produce the expected results over time and improve the fish to regs ratio on iPoker.

While generally the player's rakeback has been diminished as a result of the new formula implementation, RakeAdvisory clients still benefit from great rakeback, starting from 50%, on renowned iPoker rooms such as William Hill or BetMost.